This website uses cookies to ensure that we give you the best experience. If you continue to use this site we will assume that you agree to our cookie-policy 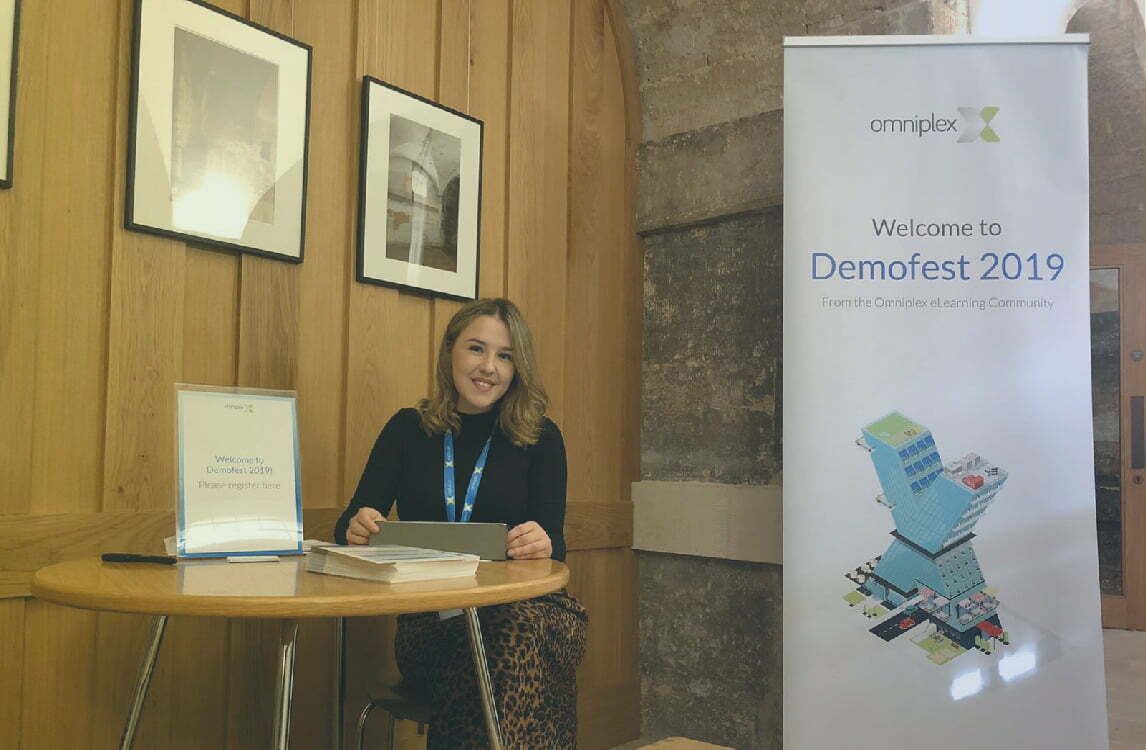 Demofest 2019 saw eLearning professionals from a variety of sectors come together to share their eLearning creations. Hosted at The Crypt Hall, London, delegates networked and gained feedback on their Articulate 360 creations. We were lucky enough to be joined by seven incredible demo-ers for this years event, including:

RBS are a leading international banking and financial services company. RBS wanted to change their learners perception and mindset about eLearning. So they created gamified courses built in Storyline 360, two of which we were lucky enough to see at Demofest 2019.

E-on are one of the world’s largest electric utility service providers. Using our favourite development tools, Vyond and Storyline 360, E-on displayed an attention-grabbing fire-safety course. E-on utilised Vyond and Storyline 360 to create a branched scenario for their learners. As a result, learners understood both the challenge and consequence of their actions (without the fear of failure!)

Moorfields is the oldest and largest centre for eye treatment, teaching and research in Europe. But, Moorfields didn’t show us anything gruesome about eye surgery. Instead, Shilpa showed us a fantastic course on recruitment and onboarding. Shilpa used Rise 360, combined with video to guide learners through the recruitment process.

MSAB is a pioneer and global leader in mobile forensics. Despite the complex nature of their work, MSAB created an informative course, which ensured engagement. Therefore, they turned their back on endless slides of text, and trained police officers with software simulations using Storyline and Rise 360.

We were thrilled to have our country manager from China, Sophia, join us for Demofest 2019. Sophia’s demo-station focused on the rise of mLearning through Asia. Sophia’s presentation was a hit with all delegates, as she showed beautiful mobile learning created in Storyline 360. Furthermore, Sophia highlighted the importance of user-generated mobile content, with some incredible videos.

Cursim, our learning services division, joined us at Demofest 2019 to showcase three incredible courses. Each course mounted in complexity, but all showed the importance of interactive, gamified learning:
Demofest 2019 was truly inspiring – and it was fantastic to see so many ways to push Articulate 360 to its limits. This year’s demonstrators proved eLearning is much more than ‘click next’ courses. eLearning is about pushing boundaries and understanding your learners, to create true engagement.

If you want to be the first to know about all our eLearning Community’s upcoming events, join our Linkedin community group here.